Rec'mt de Pro believes in himself and others' talents

“I remember that I was a good singer in church,” he said. “Whenever there was a moment for me to sing, I would just burst into song and the congregation would join me. All those early memories are vivid in my mind.”

A resident at Pile village in Dzimauli, Mulalo focuses on the trap, RnB and hip-hop genres, and he is able to switch from one genre to another with ease. “Some would say singing or music is in their blood. But as for me, it is in my heart, hence I am always humming a song or whistling another wherever I am.”

He is also a producer of note, who runs NorthSide Empire Productions. “Musically, I am everything,” he said.

He believes in giving fresh talent a voice to be heard, and this became apparent when he found some young men belting out verses in the streets of Tembisa in Gauteng. “I noticed one thing when I found some of the guys rapping on the streets in Tembisa, which was that raw talent needs to be recognised and cultivated,” he said. “I took them to my studio and put on a beat and let them record their music. That’s when I realised music can also take street kids from the world of crime to superstars.”

He looks forward to unearthing more talent in Vhembe and nurturing the artists. He is largely inspired by prominent photographer Kyle White, as he admires his workmanship. “He is a hard worker, and his work is amazing – so standout!” he said. “I am further inspired by US rapper Tory Lanez, who taught me that believing in yourself is the best weapon.”

His recent songs that stand out are Changes and Whole drama, which are some of the songs featured on his last EP released last year.

“Keeping going is the best ingredient in this industry and my highlights so far include being invited to perform for thousands of people in different parts of the country,” he said. 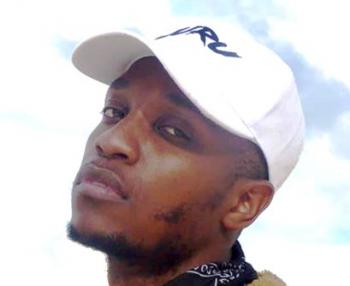