Sheila Mathevula, known as “Sheila De Poetic Queen” from Bungeni village, has been making waves on social media as well as community radio stations with her activities as stage poet and writing mentor.

She has been writing poems and short stories all her life, but her fear of sharing them with the world made her hide her work for many years.

Sheila’s poems are being included in a poetry anthology called Nhlohlorhi ya Ntshava, which is due to be published sometime this year. The work is edited by Mr Evans Rikhotso and published by Khanimamba Hikhensile Publishers.

“I have been reciting my poems at many social events for some time now,” Mathevula said. “But this is going to be the first time that my poems see the light of day in print. It means a lot to me; it’s a true milestone,” she says.

While she was raised by both her parents, Mr Xangati Joel Mathevula and Mrs Rose Mathevula, she lived for a time with her late grandmother, N'wa Magezi Mhlakazi, who instilled a sense of storytelling in her from a young age. “My granny was a great storyteller whose words brought vivid images to mind,” she said. “I have all the stories she told me recorded indelibly in my mind, so fresh as if they were told to me yesterday.”

Sheila is a multi-talented woman. She uses her talents as writer and reciter to pay her bills. She is also a mentor to many, a master of ceremonies (MC), a professional nanny and a preacher. She is the founder of Swa Sheila Events and Management, Xalamuka Youth Club and co-founder of the Writers Corner Institute.

“I believe that writers don't sleep. I say that because I too mostly write at night,” she said. “I have more than 30 young men and women who are receiving free writing mentorship from me. All I desire is to see a boy-child supported too and given the chance to cry if necessary. That way, we will be eliminating gender disparities. I also want to play my part in the fight against domestic violence.”

Sheila Mathevula is available on most social media platforms and can be reached on Tel 076 193 6673. 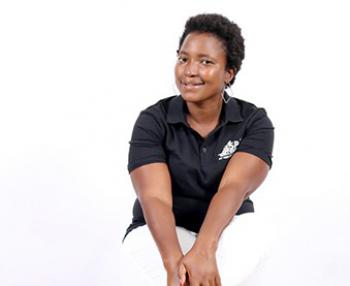