Those who have been following her music for the past 15 years will concur that Malondolo has become like wine that matures with time. Malondolo, whose real name is Londolani Ramulongo, hails from Maungani village, just a stone’s throw away from Thohoyandou.

Malondolo is not a novice in the music industry. She shot to stardom after the release of her single, Ndi a Livhuwa, in 2010.  She has performed at high-profile events such as the Mapungubwe Music Festival, sharing the stage with legends such as Simpiwe Dana, Ringo, Jonas Gwangwa, Thandiswa Mazwai, Letta Mbulu and Caiphus Semenya. Besides performing at high-profile venues such as the Bassline in Johannesburg, she has also performed in France, accompanied by local band Vhembe Heritage during the FIMU Music Festival. She also made a name for herself when she thrilled music lovers on her memorable musical tour to Maseru, Lesotho, in 2017.

She said of her new album: “Malondolo is already a respectable brand in and outside the borders of our country, and I had to make sure that we give people above-average musical taste. There is no need to rush when you want to produce good things. That’s why it took me two years to prepare for this extraordinary seven-track album. I have been in the music industry for years, and I have to ensure that each album becomes an upgrade of my previous offerings,” she said jubilantly.

The 2012 Tshivenda Music Awards (Tshima) Best Afro Jazz title holder said she was happy that her latest album, which was recorded at Worship House Studio, was received with enthusiasm. “It was not a surprise that I am receiving many calls since the title track was played on radio just a day after its release. The demand is very high, and we will make sure that the supply is enough for everyone who needs the music. I am also on a very aggressive social-media drive to market the album, and the response is overwhelming.”

Tshifhinga is a must-have for all Tshivenda Afro Jazz music lovers, and it contains the hit songs Mu vuseni, Munna wa lufuno, O ni divha, Nwana wa munwe, I love you, Lufuno and Tshifhinga.  All songs were composed by Malondolo herself and the album was produced by Khodani Nevhutalu. 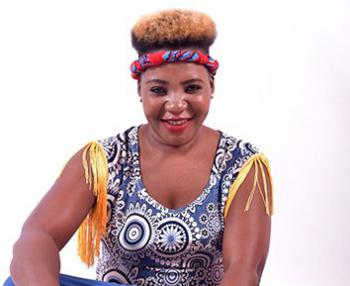