Another inspiring read by award-winning author

The book was published as part of a ‘community publishing programme’ by the Centre for the Book, an agency of the National Library of South Africa, who says that Ndi Zwa Mulovha affirms Khalirendwe’s talent as a writer.

“I am really fulfilled being a writer. I’m not going anywhere, I will continue to write,” the author said excitedly.

Ndi Zwa Mulovha tells the story of a young woman called Matodzi, who comes from a royal family but lack morals. She is the shame of her mother, who wishes to see her behave herself.

“Just imagine a child in a royal family, dishonouring her own mother and other people in the family. But I’m not keen to reveal too much, lest I spoil the read,” Khalirendwe said with a twinkle in her eye.

She can well be described as an expert when it comes to indigenous literature, as she is fully dedicated to telling contemporary stories in Tshivenda, which is her mother tongue.

Khalirendwe is the winner of the Maskew Miller Longman Literature Award 2014 for her ground-breaking drama, titled Ganuko a li vhusi tshalo, published by Pearson and recommended as a prescribed book for Grade 11 pupils. She was also a finalist for the South African Literary Awards’ K Sello Duiker Memorial Award in 2014 for Ganuko a li vhuisi tshalo.

“I don't even know if there's a story behind my being a writer, other than that I create stories through my own as well as the experiences of the people around me,” she told Limpopo Mirror. “Everywhere I go, I see stories, stories that need my attention, that want to be written.”

She discovered her writing talent when she was still in primary school. At that time, she was reading profusely and felt really inspired by the literature she read. She was largely inspired by the writing of Ngugi wa Thiong’o and Samuel Ngwedzeni Tshovhota. She loves their writing because it speaks directly to the reader.

“Tshovhota's stories would have you roll on the ground with bouts of laughter,” she said. “He is one humorous writer. Wa Thiong’o teaches us writers to be consistent in our writing, and I love that.”

Her second book is a novel titled Zwo da ngae. Besides writing, she runs a successful casting agency that staffs most SABC dramas and other production companies.

Khalirendwe is a good example that Tshivenda is a viable language in the literary world. She is available on Facebook and can be called on Tel 083 325 2177. 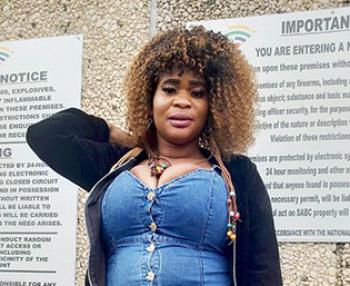