Phumudzo Themeli, who recently released his second book, titled Born to Lead Even in Pain, said he aims to inject spiritual healing into society.

Themeli, who is a professional nurse, has been doing charity work for the past 10 years. To celebrate this milestone for him, his book was launched at the same time at the Kara Lounge and Restaurant in Pretoria. At least 100 copies were sold during the launch which, to him, means that at least 100 readers will be benefiting from the positive content of the publication.

“Born to Lead Even in Pain shares my own struggles and battles with chronic diseases when my lung failed to help me breathe,” he said. “Despite the physical pain, which really tormented me, I held steadfastly onto my faith and never rejected my God.”

Themeli said that being subjected to abject poverty from a young age had not deterred him from dreaming big and pursuing his dreams. He remembers the many hardships that came with being sick all the time as a boy. “I visited clinics so often that I had lost count,” he said. “Little did I know that these sicknesses were sowing a love for nursing in my heart.”

While he was a student at the Lunghile Nursing School in Gauteng, many opportunities availed themselves for him to be a clinical facilitator, but he was suffering from bronchitis and lung infections and had difficulty with his breathing at the time.

“I missed some opportunities to earn extra money because of my poor health, which meant that, unlike other students who enjoyed earning a little extra money while they were still studying, I still faced financial challenges,” he recalled.

However, at a later stage, he volunteered to help people who suffered from chronic diseases and HIV and AIDS, bathing them and sending them to hospitals to collect their chronic medications. In 2013, he established a non-profit-organisation, called Divhanivhuyo Learners Support and Development for children living without parents. It operates in Vhembe, Pretoria, Johannesburg, and Botswana. “The kind of charity work that I did then, and still do today, helped shape the human being I am today,” he said.

Themeli is passionate about minimising poverty for vulnerable children and changing their lives. In December 2020, he donated at least 100 gift packages to newborn babies at hospitals in the Vhembe District. “My vision is to help young people and orphans to stand up for themselves in society,” he concluded.

Themeli was born in Tshikambe but grew up in Ngwenani ya Themeli and Tshidzini. He is currently based in Polokwane.

Themeli’s Born to Lead Even in Pain is for sale at R200 and can be ordered directly from the author. He is available on Facebook and can be reached on Tel 082 667 7355. 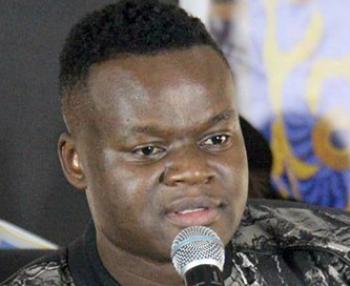