OH Stino palms in the awards

Tshidino Malachiah, better known in musical circles as OH Stino, has elevated himself from being a dancer to a Venrap artist of note in a short space of time.

“I used to be a back-up vocalist for my father's well-known Mvusuludzo Band, which gained popularity in 2015 after the release of one of the songs, called Ṅwananga o sala vhuṱunguni,” he said. “My father allowed all the singers in his project to sing along with gusto and to the best of their ability, in order to fully hone their voices and singing skills.”

OH Stino's independence in music was never a result of tiresome sweat. For him, the foundation was laid by the family band. “I had gained singing experience from an early age without much effort from my own side. So, when I started recording my own music in 2009, it came naturally,” he said. “However, those who listened to my early songs said that my music was not ordinary, but powerful in that it touched the hearts of those who listened to it.”

In 2016 he really proved his musical aptitude with the release of a mixtape titled Lwendo (Journey), which laid a strong foundation for his career. He then released a single titled Mpfeseseni in 2017, which won him first prize in the category for Best Upcoming Artist, hosted by The Best Funeral.

“No child was ever born walking,” OH Stino quoted. His appearance in the mainstream Venrap genre in Vhembe became apparent in 2019 after the release of his six-track EP titled Vho Sinyuwa.

“Getting one’s songs played on different national and local radio stations, receiving countless requests for collaborations from fellow Venrap artists, including some of the big names, and fairly paid bookings are some of the benefits I got after releasing Vho Sinyuwa,” he said.

The same EP had also earned him an opportunity to battle it out with other artists at the Mzansi Arts and Media Awards in 2020, after he was nominated in the Best Newcomer and Best Song of the Year categories.

“Owing to the love and appreciation from my fans and the back-to-back airplay of the title song Vho Sinyuwa got, I decided to release a top-notch music video that makes headlines on social media platforms when it gets playlisted on some of the national TV channels,” he said.

Vho Sinyuwa went on to scoop up the award for Best Newcomer at the City Awards in 2020. This category was highly contested, with entrants from nine South African provinces.

His most recent project, a music video called End of Love, has Vhembe abuzz. OH Stino is available on Facebook and other social media platforms and can be reached on Tel 076 705 2386. 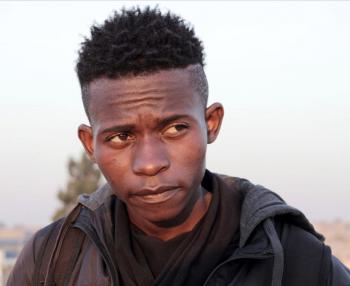