Zwido Mashau, née Mpfuni, has come up with an initiative to honour the great female traditional Venda singers of our time, by way of a music concert with the theme Vhembe Divas Live in Concert, which was streamed live on 29 May from the Muvhango complex.

Zwido had discovered her own singing talent when she was a girl. In 2014, she released her debut EP titled As I am. Her music is a mixture of genres ranging from traditional Venda, contemporary jazz, rhythm and blues to reggae and soul.

“I chose some of their most popular, and my favourite, songs that I performed with them live on stage. We thoroughly enjoyed it. The concert was mind-blowing!” said Zwido.

“We live-streamed the event in order to reach a wider audience and the video footage will be converted into a documentary, as some of these great female artists have nothing to show for their years of contribution to the music industry or the inspiration they’ve been to younger Afrocentric singers,” she said.

At least 30% of the proceeds of the concert will be donated to the Mphephu Drop-in Centre. “My dream is to continue with this concept - Vhembe Divas in Concert - and have more women on board,” she said. 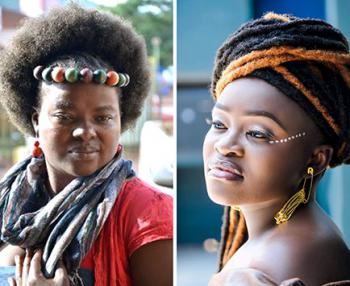