“The album was inspired by people who always interfere in other people’s business,” he said. “That is why it is called Makhelwane, which means ‘neighbour’, but a bad one in this case. This album fits everywhere.”

“In 2020, I was nominated in two categories, Best Producer of the Year and Best Afro-soul Award at the Tshivenda Music Awards (Tshima),” he said. “Even though I didn’t win, I’m happy that I earned those nominations.”

This talented artist, born Nthatheni Ndivhuwo and residing at Ha-Muraga, is ascending the ladder in the music industry with tremendous speed, and the reason is evident when one listens to the quality of his songs and looks at the recognition he gets. He is a producer, songwriter and performer who discovered his singing talent when he was still in primary school. His cousin had taught him to play the guitar and he honed his skills by continuing to practise.

“Now that we celebrated Fathers’ Day, I feel honoured to name my father as the person who had shaped the man that I have become,” he said. His father is the legendary musician, Vho-Elvis Mandiza, and he bought Acolly Mandiza his first guitar.

Mandiza encourages aspiring young artists to work hard because, he says, making it in the music industry is not easy.  “You need dedication to establish yourself. Just make sure that you go to school and obtain a qualification or two in other career fields apart from music too. You must always have something to fall back on, should music not work out for you.”

Mandiza’s album can be bought from most online digital stores, such as Deezer, Apple Store, Google Play, and Spotify. 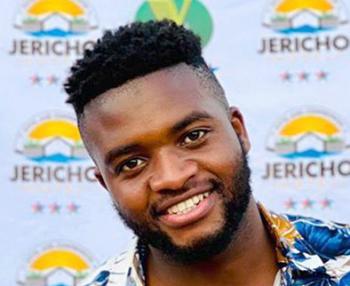