Tshifhiwa Given Mukwevho is such a seasoned author that the ink has hardly dried after he has written a story before the next one starts to flow from his pen.

Mukwevho, also one of Limpopo Mirror’s regular contributors, has just published his 14th book - a lengthy novel titled The Other Side of Darkness. He told his fellow correspondent at the newspaper that the novel should in fact have been his first book to be published way back between 2008 and 2011.

“There was a fallout with the publisher who had started investing in the book and, right at that moment, I just felt that it was not the best time for the book to be published,” he said. “I know writers who took over a decade to finish one book, and then they battle for another three to five years just to get it published. In the end, that very publication had won several international awards.”

Mukwevho, who has travelled to Algeria and China to read his literary work, said that he felt more mature now as a writer. “Writing is not about individualism. I don’t deny that uniqueness and authenticity in art are relevant, but writing as a social responsibility, to me, is more beneficial to society than anything else,” he said.

The Other Side of Darkness tells the story of three women from the shacklands, and each one’s struggle to find meaning in their lives. Mamolepo is from Zimbabwe, Mukondeleli from South Africa, and Rakeni from Mozambique. “The men in their lives love, adore and admire them,” Mukwevho said. “There are also small children, between 5 and 7 years, who live with them in the shacklands.”

Mukwevho, who can become really passionate, asked rhetorically: “Do those who live in the informal settlements not also deserve to play a dominant role in the milieu of our literature? Is it a sin to write an entire book about them? Are their lives not worth putting on paper for us and our posterity? Well, this is a story of existence.”

“The story reflects the lives of many ordinary young village girls, born into circumstances they never chose, but who refuse to give in to the hardships that entrap so many as they reach for the possibilities beyond - on ‘the other side of darkness’,” he said.

A series of his children’s books was published in 2020: Bad Company, A Sense of Respect, Kidnapped, A Change of Heart, and Big Happiness.

The Other Side of Darkness was published last month by Vhakololo Press, is 250 pages long and costs R200. To order a copy of the book, send an email to vhakololopress@gmail.com. Mukwevho can also be contacted on 078 503 1804 (WhatsApp). 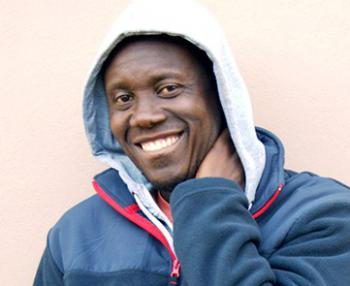 Astute local author Tshifhiwa Given Mukwevho has just released his latest novel, called The Other Side of Darkness.