Sky Walker Music in the house

Sky Walker Music is regarded as one of Vhembe’s fastest rising stars of the moment. Not only is he a Pop, Amapiano and House artist, but also a songwriter and record producer.

Although he was raised in Thohoyandou, he was born in the Eastern Cape Frontier Hospital and christened Given Tshiendanamisi.

“I grew up listening to all kinds of good music, so it is not surprising that my work now also has no borders between genres. This is why I am called Sky Walker Music,” he said.

Sky Walker Music, who had once opened the stage for Dj Tira at the University of Venda, and Nomcebo Zikode at News Café in Thohoyandou, has three hot and popular singles out at the moment - Hellow, Undercover and Iyababa.

“I enjoy the popularity because I work harder under the limelight to create the kind of music people want to hear, and present it at the right moment – which is now,” he said.

Sky Walker Music said he had always had a passion for music. “I used to sing to myself on the way to school and from school back home almost every day,” he said. “My uncle, Eric Luthando Mudau, was the one who introduced me to studio life. From that point on, I was determined to one day make my own music.”

Besides being a musician, he is a video editor, voice-over artist, photographer, and master of ceremonies. 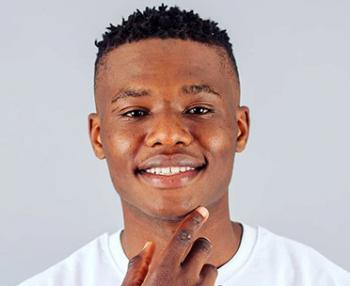