Takalani Mutshinyani, popularly known as Takalani M, ranks as one of the foremost local female authors who have managed to endear themselves to the hearts of thousands of readers.

She told Limpopo Mirror that her love of reading and writing started at a young age. “My late father, Dr Avhatakali Mutshinyani, was a voice actor on Phalaphala FM when I was in primary school,” she said. “Whenever he was done rehearsing his scripts, I would pick some up and read through them, fascinated by how the story played out in my imagination. I started writing plays when I was nine years old, which I kept only to myself until I finally joined a book club at the age of 17.”

After she completed her schooling at Khwevha Commercial Secondary School, she obtained a BTech degree in public finance and accounting from Tshwane University of Technology. Today she is a financial analyst in a government department.

Takalani M is known for her romantic love stories, known as ‘Stories by Takalani M’, which she shares on her Facebook blog. She has five books to her name, including The Royal Mistress series. The Royal Mistress (Book 1, 2018) is a love story about a royal prince, called Dr Mulatshawe, who was destined to marry his pre-ordained princess. “However, he met and fell in love with the wrong woman,” she said.

In Adelaide (Book 2, 2019), the Chief of Thavhakhulu left his daughter an ultimatum in his estate; she has to fall in love with a chosen prince before she could have her inheritance. In The Rival (Book 3, 2019), Linda is obsessed and in love with Dr Mulatshawe, the new chief of Thavhakhulu. She is determined to eliminate his wife, who stands in her way of becoming the new chief’s wife.

Takalani M’s novel, Into the Sun (2020), tells the story of Gundo who, on his way to bury his son, meets Thandeka, who is also grieving the loss of her baby. They meet again in Johannesburg and fall in love. However, their love journey is not an easy one.

A Burning Desire was released last month. “Here, there are two hearts, two life journeys, and different desires that cannot be ignored. One dreams of an everlasting love, while the other wishes to fulfil a promise made to loved ones.”

When asked to give her definition of love, Takalani M said: “This exact question was asked by one of the characters in my story, called Love Tangle, which will be published before the end of 2021. To answer the question: In my world, to love is to serve the person your heart chose.” 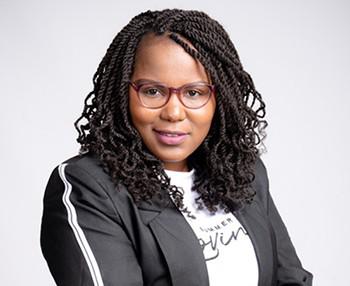