When three brothers get together - they start a band

What links two brothers who are farming management graduates to their third brother, who is an information technology specialist? Apart from the family relationship, the three Munyai brothers from Makonde village love music. They have come together to form a family musical group, named Jantis Fam.

Over and above their love of music, the trio have also established a recording studio at their parental home to assist young people from their village who find travelling to other areas to record their music difficult. This is the inspiring story of Khuliso (25), Maanda (28) and Mulalo (21) Munyai, whose story proves that, if well planned, family ventures can be successful.

To demonstrate their love and enjoyment of music, the three young brothers have released a 20-track debut album, titled Kanana. The album is a mixture of the hip-hop, reggae and amapiano music genres. Interestingly, their grand entry into the music industry has made them instant celebrities among local music lovers. The album was recorded at their home studio, and it is distributed by Jantis Fam Music.

Group leader Khuliso says working with his brothers is easy because they understand and respect each other. “Coming from the same family and raised by responsible parents under strict guidance has made us to have a common understanding about everything that we do. Staying in the same home has also built a strong bond between us and it becomes fun to exchange constructive ideas.”

He says their debut entrance into the music industry is a huge step. “Having some of our songs played on radio is very encouraging. This simply means that we are swiftly conquering the tough music industry.” 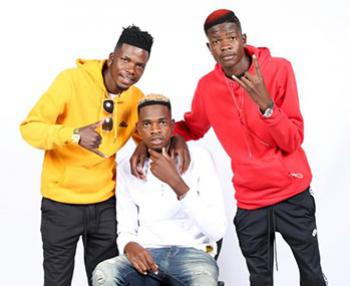