“After deep contemplation on the chaotic state our country was in in parts of KwaZulu-Natal and Gauteng, I couldn’t help but write a song titled Africa Unite.”

Moses Nyatheli, who did a Grade 8 in music and majoring in classical guitar at University of Pretoria, said that he had decided to write and record the touching song because he believed that music was a powerful communication medium.

“Its power has the ability to touch the deepest part of a human heart,” he said. “The heart of Africa Unite can be felt in the message the song conveys; the opening lyrics of the song are ‘South Africa unite’ which is a call to all South Africans to unite, regardless of race, tribe, political affiliation or religion.”

Nyatheli feels if people were to allow themselves to be unified by love and care for one another, then this would also be a great legacy that even the next generation of youths would be proud of.

“Although the song is poetic, it is, however, easy to understand and relate to, due to its beautiful combination of words and melodies,” he said. “I intended the song to hold meaning for people of all age, race and countries in Africa.”

Africa Unite has unique acoustic sounds and African percussions, so that when one is listening to it, one never feels lost. “You can easily trace its African origin by the sound of the chorus,” he said. “The dynamic rhythms, together with my unique vocals, make this elegantly and simply garnished piece a song of note,” he said. “My dream is to see this song igniting the desire for unity and peace in every person in Africa.”

Nyatheli said that he strongly believed that South Africa belonged to all those who lived in it as much as other African states. “The music bug hit me in my early high school years, and I knew for sure that my destiny was written right within the notes and rhyme,” said Nyatheli, who resides at Lukau in Mutale.

He began his music in his early 20s when he released his first album, No Short Cuts, with Bulayo Maswime in 1999. The break he took after recording No Short Cuts served him well since he gained experience to write songs in the process.

“Other than working in churches, I also served as producer for many artists,” he said. He played the roles of music director and singer in different churches across the country. Soon he had gained experience in both writing, singing, and producing.

His most popular album is titled Unashamed, released in 2013. Nyatheli can be phoned on Tel 071 120 5830 or muvhusi@gmail.com. He is also active on Facebook. 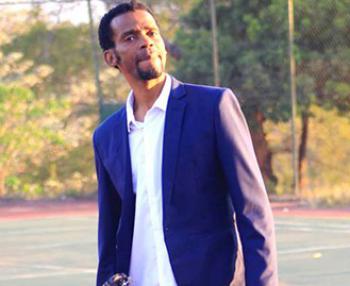 Moses Nyatheli decided to write and record the touching song Africa Unite because he believes that music is a powerful communication medium. Picture supplied.