Livhuwani Aubrey Ratshiungo, better known to his fans as Mizo Phyll, and Gumani “Muledane Hustler” Makungo, two local VenRap artist from the Vhembe district, are making big waves and even greater names for themselves in the music industry.

Their collaboration EP, titled Ziyoni, was released on 21 June to critical acclaim and is currently on high rotation on many local as well as national radio stations. The EP consists of six songs, namely Ri lamulele, Pham Pham, Khokho, Ngisizeni, Nga Ngomungomu, and Ziyoni (title track).

“Ziyoni refers to that peace of mind and social stability during the hard times in our lives here on earth,” Muledane Hustler explains.

Mizo Phyll is not your average VenRap singer but an established and successful rapper, songwriter and entrepreneur. The superstar from Maniini Block J in the Vhembe district has been in the music industry for more than 10 years. His single, Tshikandeledzi, was nominated as the best Tshivenda Hip-Hop Single at the South African Traditional Music Awards (SATMA) in 2009. He then went on to be the first artist to win the best Tshivenda hip-hop category with his album My African Dream at the Tshivenda Music Awards (TSHIMA) in 2012.

“I am really grateful for all these achievements,” he said. Regarded as one of the most significant artists in the Limpopo Province, Mizo Phyll is surely becoming a household name across South Africa, as well as the outside world.

“Our latest EP touches on the current spiritual welfare people are going through around the world,” he said. “It has a melodious ointment to soothe the heart with songs filled with love, hope and faith for better days to come.”

The project is largely based on Afro sounds, piano and hip-hop fusions done by the prominent producer Adroitbeatz. The EP, packed with musical delights, strikes different emotions while it takes the listener on a rare journey of musical sonics and spirituality.

Muledane Hustler, who started his music career in 2012 when he recorded and released tracks that were shared via social-media platforms, is also a truly authentic VenRap voice. In 2016, he released his debut album, called Shumela Venda, which was well received in Vhembe. “I am a musician at heart. I speak the language of music wherever I go,” he said.

“It is safe to say that this exploration of different sounds from me and Mizo Phyll definitely brought out so much versatility and style from what we are normally known for in our approach of music,” Muledane Hustler said. 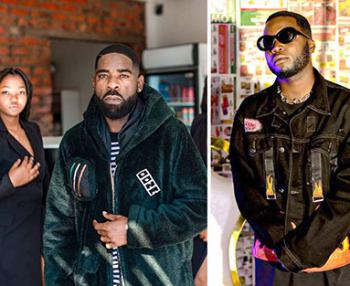