Drubango, king of the decks

Rudzambilu “Drubango” Netsianda (28) had always been intrigued by the deejays on their decks - either live during festivals or on TV - to such an extent that he dreamed of one day becoming a deejay himself.

Though he may still be fresh in the industry, his presence on stage cannot be denied.

“I was always intrigued by other deejays’ excellent work and decided that if I was going to excel too, the first step for me would be to take lessons on mixing tracks,” he said. “I learnt the traits and all the basics around it from house deejay King Mshivo. I then continued to listen to music shows on the radio and many different deejays’ mixtapes, regardless of the genres.”

He started to sample songs from different genres and was happy with his development. “I wanted to master the craft of deejaying and become just as good as those before me,” he said. “I have succeeded in impressing music lovers online and I am aiming to go international.”

Late one night, while on set, Drubango caught the attention of renowned musician Focalistic, who was quite impressed by his knowledge of Amapiano music, so he re-posted Drubango on social media. “Yoo! The response was massive,” he said.

Drubango has started releasing weekly digital DJ sets, known as Piano Estate, from where he plays never-heard-before Amapiano music to the online masses. His first single, What do you want, featuring Una Rine, King Mshivo and P-Tempo, was released on 17 May this year.

“I look forward to using my talents to write a different story for my own benefit, as well as my fellow youths here in Vhembe first, and then to move on to other parts of the world,” he said. 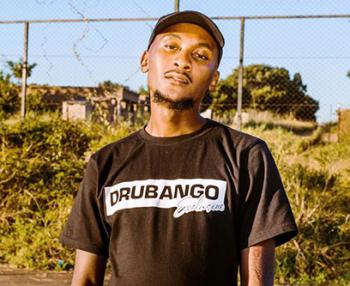