The latest offering from Walter Nkuna and Udozadoza Express provides an electrifying experience, particularly for fans of the rhumba-rhythm.

The album, titled Vhutshilo-de, was released last month and the tracks already prove to be anthems in the rhumba/sungura/chingondo genre.

Nkuna is a resident at Mpheni Village in the Vhembe District. Over time, his music has matured like a good wine. “I believe this is the album my fans have been waiting for, and I look forward to winning over even more music lovers with my music,” he said.

The album has re-ignited the spark of performing sungura music on stage and has earned him the name of “prince of sungura”.

The track Mpfareleni (forgive me) relates the story of a man who had wronged his wife and the mother of his children. “In this song, the man admits that he was wrong and requests to be forgiven,” Nkuna explained. “He recalls how he has always found joy and happiness in his wife and children. Well, I am only showing through this song that respect and peace are paramount in a long-lasting relationship and upholding one’s family.”

Another song, U kona shango, offers hope to people through the lively and positive lyrics. The singer advises others to work hard for what they want and need in life. “There’s nothing wrong with seeking help from fellow human beings, but then we don’t have to be beggars forever,” he said. “We need to put our trust in Jesus Christ and then work harder towards achieving our dreams.”

Other songs in this eclectic album include Xongi, Vhutshilo-de (title track), and Ndo neta. “I have really pulled up my socks for this project. My fans will like it very much,” he said.

While Nkuna was taught basic guitar skills by Elim-based sungura artist Malume Shinabya, he admits that he was greatly inspired by the late Zimbabwean musician Tongai Moyo, also known as Dhewa.

“Dhewa is my godfather,” he said. “Musically speaking, I am intrigued by his guitar skills and techniques and his songs are laden with positive messages of life. There are slight elements of Dhewa’s guitar found in some of my songs.” 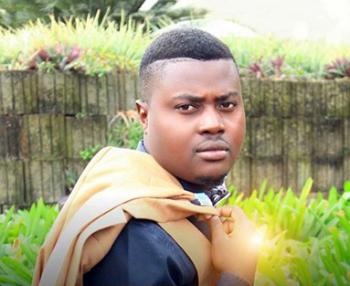