The first disc comprises seven tracks, while the second one has eight.

Ndiya u tenda tells about the many miracles that Jesus performed and the power of the cross as depicted in the New Testament. “As for me, I still believe in the Jesus of yesterday, today and forever,” she said.

The song Ndo Fulufhela encourages people to put their hope in God all the time. “Despite the harsh times of our lives, and despite the lack of jobs, we need to always believe in God; that He listens and answers his children,” she said. “It’s a fact of life that we will encounter hard situations in our time here on earth, but we need to fix our eyes on God.”

When Voice Tsilatsila is not busy studying the Word of God and praying, she spends her time writing songs. Her music journey had started in 2001 when Bishop SK Netshisaulu invited her to join the worship team, BAC Worshippers, at the Bethlehem Apostolic Church. “From that day on, I have not looked back. I started taking my singing seriously,” she said.

Her musical talent was shaped by her mentor, Mr Hani Mutele. “He’s a very humble man who has a passionate heart for individuals he gets to mentor,” she said. “He makes sure that whoever he mentors reaches the highest level of their talent. He had sacrificed a lot for me to be where I am today, and I still look forward to working with him.”

She believes that music is an effective way for delivering messages and reaching out to another soul. “A song has to have the power to touch someone’s soul and uplift or change it. If it fails to achieve that, then something is wrong,” she said.

Voice Tsilatsila describes herself as a born-again woman of God. She is married to Mr Lufuluvhi Tsilatsila and mother of two beautiful children, Ndodzo and Vhuhone. 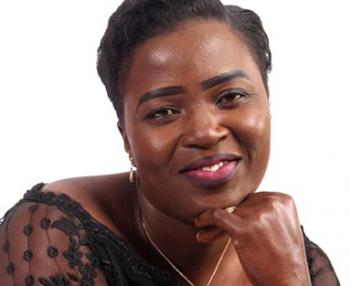