A good year so far for Batondy

Rotondwa “Batondy” Silimela from Tshaulu Habegwa has managed to make a name for himself in the Vhembe region with quality music in a unique style.

His most recent album, The Altered Beast, contains songs such as Jungle fever, Lavida Loca, A luna Mutengo, At the bar, and Enough is Enough. He is set to issue a music video for At the bar – a favourite among fans - on 15 September this year.

At the bar describes the excessive quarrelling between a couple, which results in the man spending more time away from home. “The song has the Tshivenda trap sound, combined with an international trap sound. It represents Africa well,” Batondy said. It also asserts the artist’s virtuosity since he did this song alone.

Batondy has had a good year so far, having worked with artists such as PH Raw x, Meloproducedit, and Kevi kev on several projects. He also has a verse of the year so far on the hit song, Thamu by Khubvi Kid, that took the country by storm. “I became the most-talked-about artist on the song as people praised me and made video clip challenges of the song, based on my verse,” he said.

He extended his heartfelt gratitude to his team, The Plvg Musiq, WAEFilms and all the fans who always support him by streaming his music online.

“To me, music is everything. It’s therapeutic, it’s fun, and it can also offer a solution to many problems, as artists address a lot of issues via music,” he said. “Music can change a person’s attitude or behaviour. It heals the broken-hearted and can fix broken relationships. Without music, the silence will be so loud.”

Batondy is available on most social media platforms such as Facebook (Batondy Mujiee SA), Twitter (@batondy), Instagram (@batondy), and TikTok (@batondybtown). Those interested in his music can get in touch on Tel 067 111 2240, 072 828 4922 (WhatsApp) or plvgmag@gmail.com. 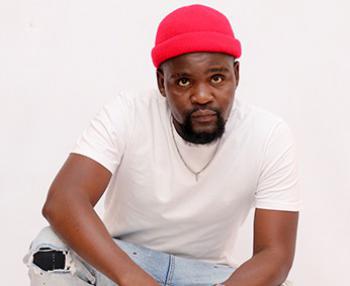