Muthude's new CD speaks of matters of the heart

The singer, better known in music circles as Muthude, is a former teacher at Rivierplaats near Elim. His music career started in 2017 with the release of his first CD, called Living in the Modern World.

One of the songs, Leave or Stay, which features on the new album, advises people that whether they leave or keep staying in any kind of bad relationship is their choice.

Coleen Siaga, community builder around Thohoyandou and Muthude’s promoter, said he would like to see the artist produce good-quality music that could really be appreciated. All songs were composed by Muthude himself, with Vanessa “Vanepha” Mphanama as backing vocalist. The CD was recorded by Fannie Khalanga at Diamond Studios in Gauteng, Johannesburg. 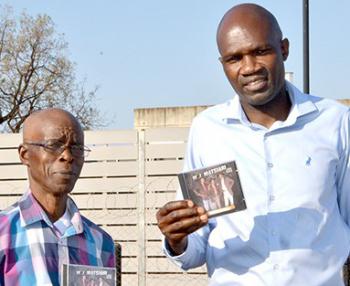