The fourth album of singer, songwriter and producer Rolivhuwa Mahafha, also known as Signal Rollen, called Tshanda tshithithi, was released in May this year and has proven to be just as fruitful as the rest of his album collection.

Signal Rollen was born in Ha-Lambani in November 1992. He attended Mahagala Primary School, where he demonstrated a love of soccer. He completed his matric at Ranndongwana Secondary School and continued his studies at Vhembe TVET College, studying financial management. He only completed level 2 because of financial problems and having to work to sustain himself.

In 2014, Signal Rollen enrolled at Mvelaphanda Training Centre, where he completed his diploma in electrical engineering (low and heavy current). Because of the economic situation at home, however, he moved to Johannesburg to look for better opportunities. At that age, he was still eager to begin his career as a soccer player. Because he did not have the financial support at the time, he had to choose between furthering his education with limited resources, or music, and eventually he chose music.

After deciding to focus on his music career, Mahafha has not looked back. His journey in the music business began in 2012, when he signed a record deal with Tapze’n Records, which was founded by Tambatshira Ndadza. That year, Signal Rollen released his first album/mixtape, called The Prophet. Too Long was released in 2019, which received many views on YouTube and gained even more airplay on radio. In 2020, he released his third album, Single Father.

He has now signed up with Director Maboko Music for a publishing, management and recording deal, gaining yet more recognition with his latest release and rotation on national radio stations, such as Phalaphala FM and others. Since this partnership, his fan base has grown tremendously. 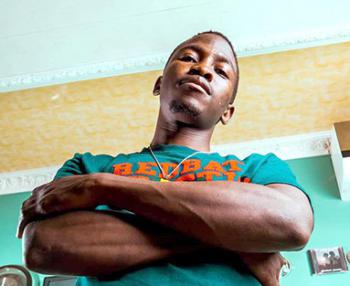