Ndou, who is also a pastor and one of the founders of the Mount Transfiguration Christian Church in Khubvi village outside Thohoyandou, said his love of literature had started when he was a young boy. He still firmly believes in keeping the Tshivenda culture and traditions alive through writing and teaching the young the language of their forefathers.

“I incepted the idea to co-author the book with my family because I wanted us to celebrate familyhood,” he said. “Through this publication, we show the nation how a family can be built stronger by uniting and using the talents that God has given us.”

However, the writing process had not been that easy as he had to juggle between being a husband, father, family head and writing coach at the same time.

“To be honest, it was not easy because to my wife I am not firstly a writer but a husband, as to my children I’m firstly a father,” he said. “When I corrected and edited their work, they had to deal with someone who inspected what they had done with a critical eye. I had to be a little authoritative, so that they could get along.” But, at the end of the day, his wife and children started to see a mentor in him and regarded him as a co-worker in compiling their poems. “That’s what made the writing process interesting; they started to see their names on the map of authors and realised that they would be leaving a legacy behind.”

Milomoni ya Maṅaaṅaa was published by Ndi Vhudza Nnyi Holdings and is available directly from both the editor and publisher at R180. They can be reached on Tel 082 427 6469, 079 852 2031, email ndoulambani@gmail.com, or madzhiendivhu@gmail.com. 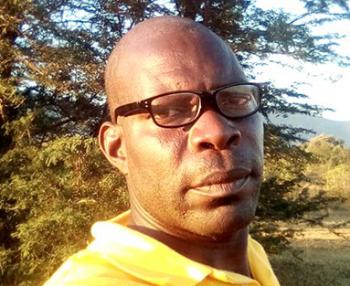