This is Mudogwa’s second award in a single year. She also won the Best Poet award during the Vhavenda Acknowledgement Awards 2021 early last month. “I cried when I read the messages people sent me after the awards, as it shows how much people love my creativity,” she said.

Mudogwa, known to her fans as “Mudogwa Mukololo wa Africa”, resides at Ha-Masia Tshikwarani village. She started performing poetry at church, where she recited biblical verses during item sessions. She is also an avid lover of English and Tshivenda literature.

“To be a writer or poet, you need to read extensively. I write about social issues, such as the challenges with service delivery and crime, but also love and happiness.”

“To say I am excited is an understatement; I am super happy!” she said, nearly bursting with joy. “My star is shining brightly, and I can tell that God is on my side. He has put me up here for all the youths to see that it is possible to realise one’s dreams and reach success.” She extended her gratitude to her manager at OneStep Marketing, Langanani Mbodi.

Writing poems, however, is not all Mudogwa does. She is also a keen sportswoman who manages and coaches the Masia African Stars netball club. She has worked closely with Mavu Sports Development to empower the country’s young people, and she encourages other young women not to give up on their dreams. “The most important thing is to love what you do and to plan your time effectively,” she said.

Zwi re khalini ya ndivho is available on most digital online stores for purchase, and Mudogwa can be followed on Facebook (Precious Mudogwa), or reached on Tel 072 366 2000. 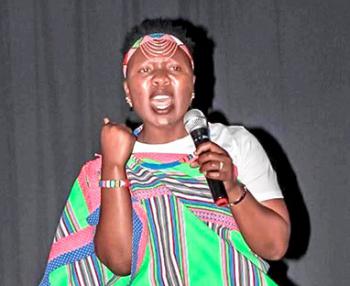