Phuluso Ramulongo, a Grade 12 learner from Phaswana Secondary near Sibasa, also known as “9iniey SA” in the music industry, has just released his second CD, titled Hard work pays off.

“God helps those who work hard and do things for themselves,” he believes.

Phuluso was born and bred in Ha-Muraga village outside Thohoyandou but relocated to Maniini village after his father and mother were separated. His mother raised him under very difficult conditions as a single parent, but he describes her as “the queen”.

“I developed a serious love for music in 2017, after we relocated to Atteridgeville near Pretoria. I was in the tenth grade at Flavious Mareka High School where I met the likes of Jay Blavo and Aeno Glen, who had started their own group,” he recalls.

In 2019, he released his first solo Hip-hop album, called Born and raised by the queen, referring to his mother. His plan is to pursue media studies and radio presenting at accredited colleges in Pretoria next. He feels that for him to obtain tertiary qualifications after he matriculated is important, but also that the music industry is not reliable enough on its own.

Phuluso is very optimistic about the future, since he met dedicated promoter Colen Siaga, who has promised to help him climb the ladder to success by organising some small festivals and gigs where the young artist can perform live on stage.

Siaga, who is also the community leader at Maniini village, said he was ready to promote young and upcoming artists, such as 9iniey SA, until they became recognisable and could stand on their own. 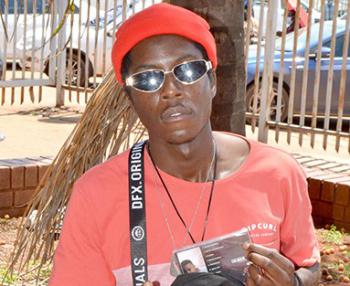