An occasion without Mashudu Nematoka just does not seem to have that special spark to it, and anyone who knows him will concur. Mashudu is a multiple-award-winning singer, programme director, comedian and motivational speaker. On top of that, he also sings the most beautiful love songs in Tshivenda.

Mashudu is a familiar face at weddings where he entertains guests with his live performances. His charismatic voice and just-as-compelling dance moves make him one of the most sought-after entertainers in both the Limpopo and Gauteng provinces.

Born and bred in the mountainous village of Mudzidzidzi outside Thohoyandou, Mashudu started singing early on in his life. He realised his potential back when he was in Vhutalu Primary School. “Teachers kept on encouraging me to lead songs in the morning assembly because of my beautiful voice. When I proceeded to Vhutavhatsindi High School, I outclassed both teachers and learners when it came to singing. I then formed a community choir, called African Golden Voice Choir, which won many awards, but it unravelled when everyone proceeded to their various post-matric educational institutions.”

His debut album, Mudzimu u na rine, was released in 2002. “The album did not do well in the market, but I persevered until I became famous with my fourth album, called Duvha la u somola in 2008. From there on I just continued to release hit after hit, with the likes of Damu li si na ngwena, O wana mufunwa wawe and Vhakalaha na vhagekulu.”

He said that, before the outbreak of Covid-19, he had barely had time for rest because he was booked nearly every week. “I would be busy for 20 weekends in succession, attending different kinds of events as either singer, programme director, comedian or motivational speaker. Now that the Covid regulations have been eased, things are getting better as bookings stream in again.”

Mashudu can be followed on Facebook (Mashudu Nematoka), or directly contacted on 072 253 1942 (voice calls) or 078 328 5135 (WhatsApp). His music is available in all online digital stores, as well as on his YouTube channel (Mashudu Nematoka). 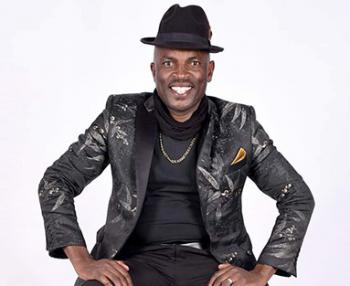