The viability of a musician’s upcoming full-length project can often be gauged by the quality of the singles released prior to the release of the entire album. The whole purpose of releasing a single first serves as a build-up towards the full upcoming album, so choosing the right one is crucial as it can make or break the project.

Gr-Flame has succeeded in evoking just the right vibes and reactions when he released his latest single, Ndwa Khulu. The song features the mighty Bocca and highly talented lyricist Voice Bafala, and has already proven its popularity by being played on the streets, in villages and inside taxis.

He started singing in 2009 when he released his first single, titled If you have the Lord, you can live together, at the age of 13 and since then he has released singles such as Mudzimu wanga, Roduma, and Tsetsetse. But a track called Chitaela Fhedzi (which loosely translates into “We go for style only”) was the one that put him on the map.

“Some of us grew up with absent fathers and we had to find our own paths among a harsh society,” the artist said. “The transition from boyhood to manhood is never easy; it needs the total support from a father. But those of us who have had to make it on our own often turn out to be the strongest. We are ‘man’ enough now.”

For Gr-Flame, who was born Gift Rambuwani at Madombidzha village, making sure that his music stays unique is important. “Since I entered the music scene, I have gone to great lengths to not just record a new track and release it, but to polish it again and again to make sure that it has the desired quality,” he said. “This applies to the entire album as well.”

He is currently busy putting the final touches to his upcoming album, provisionally titled 420 to Makhado, which will be released early next year.

“I am so happy about my new album after such a long time of not producing anything,” he said. The album comprises more live music, which makes it different from his previous two albums, Ndi tshifhinga (2018) and 1996 (2019). “I believe that my album will inspire many upcoming artists in South Africa.” 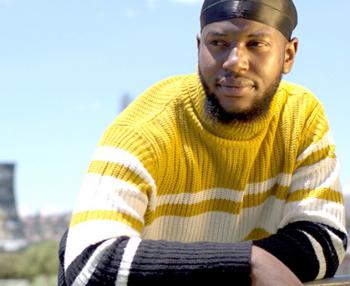