Exit Munyai is a man of many talents

Tshimangadzo Tshishivheli, popularly known as Exit Munyai, is a multitalented artist. Not only is he a profound rapper, but he is also a filmmaker, photographer and actor. He believes that multitasking is the recipe for success, if one does it with enough energy, zeal and focus.

Exit Munyai, who was born at Mavhunga in the Nzhelele area, describes himself as a “self-driven young Venda hustler” and role model to his peers. His music career was inspired by growing up with his parents’ singing in the church. He started doing rap music at the age of 12 in 2008 and has since worked with artists such as Deejay V-Neck, XY Belondi from Nigeria, G Boss Dafresh from Mozambique, Blessed Joseph from Biafra, and Smesh Kid from Zimbabwe.

“I have found my thrill in music and have created many songs,” he said. “It motivates me to go beyond the limits when I take on my other projects too.”

He has two seven-track EPs to his name, called Feelings of love, including songs such as Siya Phumelela, African Prayer, and Am so crazy, as well as the EP, Ghetto Love, which comprises songs such as Freedom, My Quantum, and Vhutshivha.

Only in 2016 did he decide to spread his wings a little further and fly away from music for a while to see what his acting skills could do for him. He wrote, directed and acted in a movie, titled Die for Nothing, which went viral on YouTube. His other films, which are also readily available online, are Bloody Taxi Driver, Matric Results, and a sitcom called Squatter Camp.

He starred in the highly successful TV series Ring of Lies as Dembe in 2016-2018. He also featured in some international commercials, such as Cadbury chocolate, IEC (for the 2019 elections), and a few soapies, including Rhythm City. On top of that, he worked as content creator for a few upcoming brands in and outside South Africa. 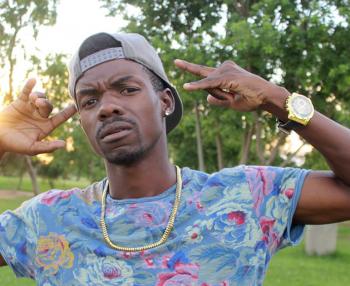