Thidziambi De Poet said that he had finally managed to record and release the much-awaited album, even though he had to halt its release several times because of financial constraints.

“I am so happy that people are sending me WhatsApp messages and SMSs congratulating me on a job well done,” he said. “To say I feel honoured would be an understatement.”

“On this EP, each poem carries a unique message,” said the singing poet. “Lithubwa La Lufuno is an emotional song that affirms that all people are capable of loving, while Mmawe is a dedication to all mothers out there.”

His music is rooted in his culture, and he wants to reach more people with his songs, so that they can get to learn more about African culture. “I am taking the lead in promoting the culture, traditions, and norms of the Vhavenda people through my God-given talent,” he said.

Thidziambi De Poet started writing songs, with the focus on hip-hop lyrics, in 2014. Many people noticed his work after his poetic song, Ndi Muvenda, started receiving airplay on many local radio stations.

“Some of the artists liked it and complemented me, including Vendaboy Poet, who approached me for a collaboration,” he said. “I worked with Vendaboy Poet on my latest album, titled Ndavhuko.” 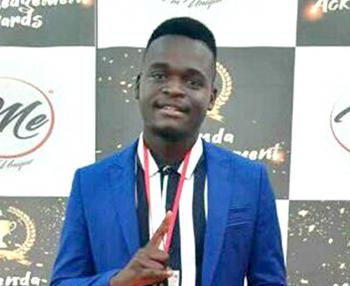