Trevor Muloshi wants to use his gospel music to share his message of the greatness of God’s love. The emerging Gospel singer is set to debut his single track, called Elelwa (Remember), on all streaming platforms before the end of this month.

The 26-year-old artist was born Trevor Maposa in Mushiru village, outside Thohoyandou. “I just finished recording my single track at the Thili Production Studio. The song is dedicated to my fans in Christ, not to forget what the Lord has done for them and reminding them to thank the Lord for it,” he said.

He began his musical journey at the tender age of 13. “In 2013, I moved to the Holiness Church, led by Bishop Nemavhoini, in Lukalo village. This is where I developed my talent to the level where I started to have an interest in recording music,” he said.

“Music helps me a lot in my life. As a worshipper, I have to play my role in the kingdom of God. Even though I have not made any incentives from my talent, I’m looking forward to getting my music to the people out of my love for worshipping,” he said.

His adoration for music was ignited by the reactions he got from church members. “The reaction that people had towards my voice when I sang in church and at wedding ceremonies sharpened my interest. Many people wanted to know if I had my own music, so that they could support me. I ended up seeing it as an opportunity to send out God’s message,” he said.

He explained some of the challenges he encountered so far. “To make it in the music industry is not an easy task. There are challenges such as the affordability of good recording studios and producers. If you do not have any source of income, it can be straining to get a song done,” he said. 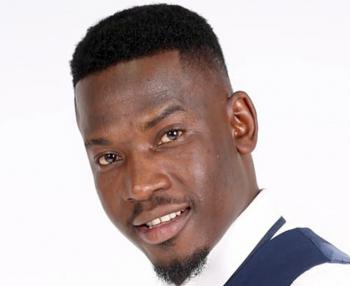 Upcoming gospel artist  Trevor Muloshi aims to utilise his gospel music to share his message of the significance of God's love for his children. Photo supplied.