Netshirembe returns with another hit album

“A skilful hunter lived in a deep rural village with his three wives. He used to go to the bush to hunt khambas (tortoises), which he enjoyed alone without sharing them with his wives. One day, after returning from one of his hunting trips, he found that one of his khambas had been stolen and eaten. He confronted all his wives, who denied eating the khamba, and the man became very angry. He went to the local river and, over some days, made a thin bridge out of wood. He then took his wives along to cross the river. As they reached the middle of the river on the makeshift bridge, the wife who ate the khamba fell into the river and was swept away; her body was never recovered.”

Netshirembe (70) is famous for mixing traditional Tshivenda music with folklore as a way of expressing her love for and preserving the Venda culture and traditional practices.

The multi-award-winning artist shot to stardom in 2010 when she released her debut album, Mai Wangu. The album’s success was followed by Nyangalambuya in 2012, Ro livha ngafhi in 2014, Mandipo in 2016, and Magaku, released in 2018.

When Khamba Yangu enjoyed airplay on the very first day of its release, Netshirembe could not help smiling. She remarked: “This clearly demonstrates that people were eagerly waiting for my music out there, and I am happy that the radio stations also played their part in giving them what they want. Khamba Yangu is the continuation of my endless journey to preserve my culture and traditions through music.”

Besides producing her unique music, Netshirembe also plays indigenous Tshivenda instruments, such as the tshihwana and the lugube, with great skill. On top of that, she is the founder of Vhutsila Cultural School, where young boys and girls are taught various Tshivenda cultural activities, including traditional dances and indigenous musical instruments. 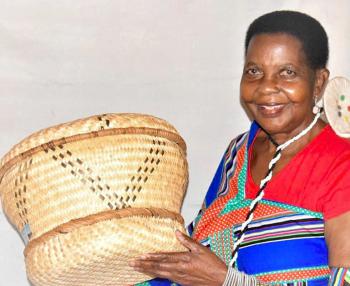