The entertainment industry has proven itself to be unkind to many talented female artists over the years, who will testify that some of the most difficult challenges they have had to face were the abuse they suffered at the hands of the men in this industry.

Twenty-two-year-old Lufuno Siobo from Muanandzhele in the Vleifontein area decided to quit music altogether as a result of men in power in the industry who promised to make her famous if she showed them “special favours” in return.

“In 2018, I was recording my first album, Vulani Mahoti a muya. A lot of people started showing interest in my music career, but I stopped recording because there were people, especially men, who wanted to use me for their sexual needs,” she said.

Siobo was just five years old when she started singing. At the age of 10, she joined a worship team at her church. She had big dreams as a musician. “I used to listen to and watch other gospel artists performing on TV, and it really sparked my interest to be a gospel artist. I used to attend gospel music festivals and some artists gave me platforms to work from. Things were really looking up for me, but to my disappointment, I had to deal with the kind of people who thought about nothing else than getting something out of it for themselves - even people I trusted the most.”

She said that she decided to leave the music industry because this common issue, which affects so many potentially great female artists, continuously gets swept under the carpet.

Siobo is now pursuing a career in teaching. 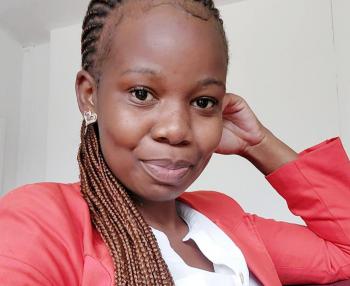 The talented Lufuno Siobo, who thought she had a bright future ahead of her as a musician, is pursuing a career in teaching now. Photo supplied.