What happened to Morris Mukwevho?

In 1977, the song Vha ha Mukwevho by the Gold Fingers became one of the all-time greatest hits in Tshivenda. Today, 45 years after its release, the song is just as popular, receiving airplay on SABC’s Phalaphala FM and other regional community radio stations weekly.

However, for many years, music lovers have been wondering what had happened to the Gold Fingers. Limpopo Mirror embarked on a quest and, after months of research and investigations, finally caught up with Morris Nthambeleni Mukwevho – lead singer of the group and the voice behind Vha ha Mukwevho.

Fans will be relieved to know that the 71-year-old musician is still as strong as a teenager and spends most of his time running his small business, selling food at the Makwarela Township near Sibasa.

As a skilled instrumentalist, Mukwevho had played for almost all the famous South African bands and artists back in the seventies, including big names such as The Soul Brothers, The Boyoyo Boys, Nzimande All Stars, Mahotela Queens, Lulu Masilela, Jerry Mhlanga, Thomas Chauke, and Amathaithai, to name but a few. He also travelled to African countries such as Mozambique, Botswana, Lesotho, Zimbabwe and Namibia.

He recalls how his music journey started: “When I was about 12 years old, attending school at Georgenholtz Primary at Haluvhimbi, I made my own guitar out of an old tin oil can and fishing line. My late father, Nehemiah Mukwevho, who was a teacher and choir conductor, bought me a melodica, which I taught myself to play. When I went on to Mphaphuli High School, I met Derrick Tshikororo Mafanywa, who was one of the first local people to go to music school. He taught me how to play the guitar before I joined the Guvhukuvhu Band in 1969. In 1971, I met Eric Mukhese and played with him. After that, I left for Meadowlands, where I played for various bands between 1973 and 1975.”

Because of Mukwevho’s extraordinary guitar skills, he worked at various recording studios, playing instruments for different groups. “Sometimes I played on a full-time basis from 08:00 in the morning until late at night. I must have played on more than 60 albums for some of the biggest names in the country. My greatest memories are playing bass guitar for the Soul Brothers when they recorded their first album, Ake Niyeke Botsotsi. The album includes the famous song Mama ka Sbongile. When Thomas Chauke came to Johannesburg, veteran producer Hamilton Nzimande asked me to audition him. I recommended him and played for him when he recorded his first album, Nyoresh. In fact, I can’t remember all the artists I played for because they were so many.”

Mukwevho came back home in 1981 and took a job at the then Thohoyandou Hotel as a resident DJ. In 1989, he joined the Distell group’s marketing wing, where he remained until he retired in 2013.

Mukwevho said it saddened him that, despite his massive contribution to the South African music industry, he had nothing to show for it in his old age. Yet, he said he had a lot to be thankful for. He thanked DJ Nipro Ratombo for making sure that his music is also available in online stores.

When he is not too busy at his business, Mukwevho teaches young children to play music instruments. He still dreams of releasing an album one day. 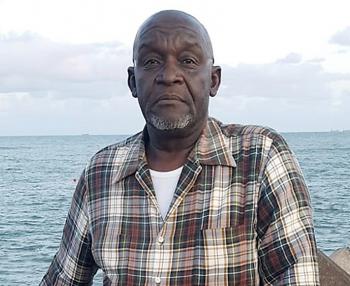