Poroza to launch his second album

The Beautiful Gate Church at Mulodi village, near Tshilamba, will be the place to be on Saturday, 30 July, when emerging local gospel music star Mpho Ragimana will be launching his second album, titled God’s Grace Upon Me.

Born at Tshithuthuni village in the Thengwe area, Ragimana started his music career in a Sunday school choir at the Mangaya Deliverance Christian Church. At the age of 15, he joined Thasululo Ministries at Makonde, where he sharpened his music skills in the worship team. He worked with various church bands and local artists, until he went solo in 2018. His debut album, called His Grace, was released in November that same year and still enjoys massive airplay on radio, being so popular with gospel-music lovers.

The talented singer, better known as Poroza in the music industry, will be accompanied by a live band during the new album’s launch. To make the occasion extra special, Voice Tsilatsila, Tumi B and Takie Ndou will also share the stage with Ragimana.

The 10-track album took almost two years to complete and promises to be a hit among gospel lovers out there. It includes songs such as He will make a way, Tshanda tsha Yehova, Zwo ri fanela u renda Yehova, U ya ri funa murena, and Ngauri u ya mpfuna. The album was recorded at the Worship House Studio in Shayandima and engineered by Mishack Mahendere. All the songs will be performed live during the launch.

“The album took some time to finish, but I wanted to make sure I do my best. My fans deserve something special in exchange of their unending support. All the instruments in the album were played live, with less programming, so that people can get the real feel of gospel music. I have no doubt that the fans will enjoy it to the fullest.” 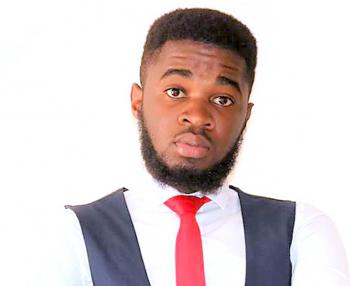 Popular local gospel star Mpho Ragimana, or Porozo as he is known on stage, will be launching his second album, titled God’s grace upon me at the end of this month. Photo: Morris Ragimana.