JR Player is a brand to be reckoned with

Emerging Afro Pop and RnB artist JR Player from Tshikhudini village in Thohoyandou is winning the hearts of more and more fans every day. His sound is diverse - catchy and soothing at the same time - and thus he climbs his way all the way to the top.

The singer, born Unarine Mutheiwana, caught the attention of music lovers in record time after collaborations with well-known Venda artists such as Mizo Phyll, Meskay and many others, which broadened his own audiences considerably over time. “This established me as a star in the making and a prominent brand to be reckoned with,” he said.

His passion for music started back in 2013, when he was just 12 years old. This love grew into an aspiration and in 2019, he finally rose to fame with the release of his debut album, titled All about life. His second 21-track album, Vhafhasi, features almost every known artist from the Venda region.

“To me, music is life. I believe I have been called to talk with people through music; to make a change and to entertain,” he said.

JR Player’s latest single, called Makoti (Bride), has been receiving massive airplay on local community radio stations since its release on Valentine’s Day (14 February) this year. “The song was intended to honour and encourage all married couples and those who are planning to get married,” he said.

He also established his own events-management company in 2019, which hosts a big annual event, branded Players on Play. “The event is a beacon for the youth, bringing them together in harmony to celebrate music and creative culture.”

JR Player’s music is available on all social media platforms and online music stores, such as YouTube and Spotify. 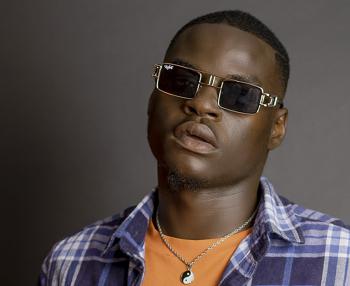