Bandelierkop has its own police station again

The Bandelierkop SAPS branch has once again become a fully functional police station.

From 1 May, the charge office at Bandelierkop has officially become a standalone police station, which means it will no longer be operated as a satellite police station for the Makhado SAPS. For the past eight years, the station was incorporated under the control and management of the local station.

A dedicated policeman from the Makhado SAPS, Capt Silima Matodzi (066 4800 407), has been appointed as the new station commander for the station at Bandelierkop. He will be assisted in his crime-fighting duties by the Vispol Commander, W/O Josias Tsumbedzo Ramusilei (066 4800 419) and the detective branch commander, W/O Abednigo Mailula Matome (066 4800 414).

Capt Matodzi appealed to members of the Bandelierkop community to continue to work closely with the police in the fight against crime. 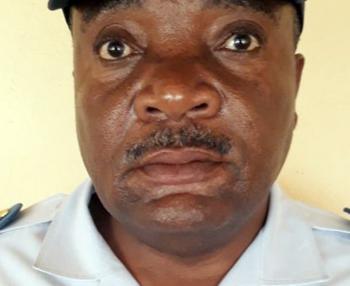 The Bandelierkop police station, no longer a satellite station, will fall under the command of the newly appoint station commander, Capt Silima Matodzi. Photo supplied.

Isabel joined the Zoutpansberger and Limpopo Mirror in 2009 as a reporter. She holds a BA Degree in Communication Sciences from the University of South Africa. Her beat is mainly crime and court reporting.