One of region’s giant baobabs has fallen

It is with great sadness that the Soutpansberg community learned of the sudden death of the 69-year-old Mr Gordon Spence on 2 June.

Gordon, an Anglo Saxon by birth, was especially well-known for his staunch support of the Boer nation and was very outspoken about issues negatively affecting the Boer. Most recently, he made a passionate call on all farmers to prepare themselves for what is to come regarding government's proposed process of land expropriation without compensation. He made this plea during the TAU SA’s talk on the proposed amendments of Article 25 of the constitution at Kennington Lodge outside Louis Trichardt on 12 May.

“The Boers, the farmers, the Afrikaner, have never been threatened before in your history as they are now. Forget all the wars … it was just messing around. The First Boer War, which you won, was a skirmish. The Second Boer War, which you basically won, was horrendous and disgusting, but my God, you were proud. In 1994 … it happened … but you survived it and you are doing well … this movement that is going on now, confiscating your land without compensation is threatening your whole existence… the Boer, the Afrikaner, is starting to move towards the abyss. You are about to be, on a cultural level, eliminated,” said Gordon in his opening words. He then went on to warn the farming community that they are not ready for what is to come. “Ladies and gentlemen, you got a situation now where if you do not take the situation seriously and get some passion in your bowels, you are going to lose... why are you taking this sitting down?” Gordon said.

Shortly before his death, Spence was also in the process of trying to set up a legal fund to assist farmers who have fallen victim to land grabs and were arrested for trying to defend their land. He himself then started an initiative to raise money for the fund by pledging to pay in the first R1 000 himself.

Gordon suffered a heart attack late on Saturday evening. “The abruptness of the attack has shocked and saddened many friends and family,” said wife Rozanna.

Gordon was born in Middlesbrough, Yorkshire, England in the spring of 1949 (4 May).  As a young 20 something he came to what was then Rhodesia looking for adventure. This he found in the army as with anybody else living and working in Rhodesia at the time, he was drafted into national service. Gordon carried out his duties here too until that country’s government change in 1980.  He initially went back to England for ten years until the wanderlust got the better of him. After that he went to America to make his fortune.  However, the call of Africa still had its hold on him and he returned to South Africa in 1993.

In 2003 we moved up to Louis Trichardt from Muldersdrift, Gauteng, living at first in the Devil’s Gully valley north of the Soutpansberg Mountains. In 2005, he and Rozanne moved again, this time to Mampakuil, south of Louis Trichardt. Gordon tried his hand at many different occupations here including farming with roses, vegetables, then trading in commodities internationally.  His most recent project entailed concentrating on buying crops in bulk from farmers for sale to supermarkets and packing houses in Gauteng as well as selling to the local hawkers.

“How do I describe the man that I have been married to for the past 14 years? There is no doubt that he could be highly controversial. He had many friends but also some enemies as he was a straight talker, no nonsense type of man. He put into words, most eloquently if the occasion demanded finesse, exactly what he thought of a situation that needed action and he would decisively and loudly rail against what he perceived to be a lack of action on the part of a person or group of people.  He was passionate about life. Everything he did he did at full throttle. There were no half measures with Gordon,” said Rozanne.

According to Rozanne, Gordon loved Africa but also hated it. “By that I mean he loved being in nature with the trees, mountains, birds and animals around him, but he abhorred the crime, violence, litter on the streets and the general apathy and ‘don’t care attitude’ of people towards their fellow man,” said Rozanne.

In life, Gordon was a thinker, philosopher, a leader of men, and he would never shirk a duty that faced him. “Gordon had a strong sense of the community and firmly believed that the community should take responsibility for all citizens living within the area; especially when it came to the subject of security. He loved deeply and the welfare of his family, I and our animals, came before anything else. Gordon truly had a heart of gold and would offer a helping hand when it was needed,” said Rozanne.

Gordon is survived by wife Rozanne, his in-laws, brother Keith and family in England. A memorial service will be held for him on Thursday, 7 June (today), at 11:00 at Kennington Lodge just outside Louis Trichardt on the N1 south.

“If you asked Gordon to describe himself he would say that he is ‘a barrow boy from Middlesbrough’. He never lost touch with his roots even while reaching for the stars ... As two of his friends described Gordon - a giant baobab has fallen,” said Rozanne. 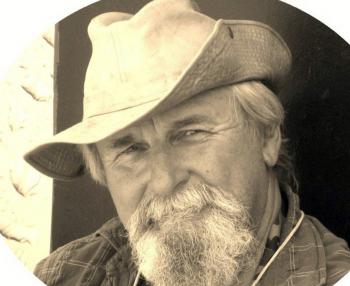