The family of the elderly Mr Sondaha Sikhipha of Khubvi, who has been languishing at the local trauma centre after being accused of ritually murdering a five-year-old child at Khubvi, is spitting fire after the police failed to arrest the suspects who nearly killed him.

Sikhipha (71) has had to endure a life of trauma and being confined to the walls of the local trauma centre, fearing for his life, after the community accused him of the murder. After the disappearance of the child last November, Sikhipha and his fellow cattle herders were rounded up and taken to a local hall where they were attacked by angry community members.

The angry community allegedly attacked the three herders, but Sikhipha got more than the others. After the beating he was taken to a local tea plantation where a tyre was put around his neck and petrol was poured over him. Only the timely arrival of the police saved him from a painful death.

Sikhipha opened a case at the Thohoyandou police in November and the names of the suspects were given to the police. Until now, no one has been arrested in connection with the incident. This has made his relatives very angry and they have vowed to approach the Minister of Law and Order if the suspects are not arrested.

Sikhipha's relative, Mr Tshilidzi Nevumbani, said they were very disturbed as a family. He said they had thought the culprits would be arrested speedily and taken to court as they were known. "We are very disappointed with how the police are handling this case. People were assaulted two months ago, a case was opened, suspects were identified, but these suspects are still roaming the streets, while the victims spent the festive season like convicted bandits. Our family did all we could, but in vain, as the police have not been helpful.”

Limpopo police spokesperson Col Moatshe Ngoepe said it was not true that they were doing nothing about the case, but that they were busy investigating the matter. 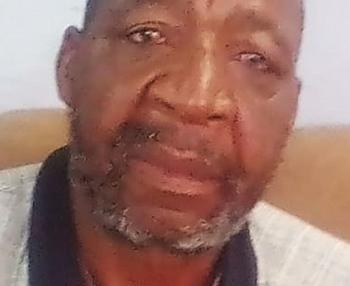 Fearing for his life, Mr Sondaha Sikhipha spent Christmas and New Year at the trauma centre after being accused of murder. He missed death by a whisker after he was nearly necklaced by angry community members.