The police in Thohoyandou have opened two inquest dockets after the death of two inmates at Matatshe Prison.

According to provincial police spokesperson Brigadier Motlafela Mojapelo, a fire broke out in a cell at the Thohoyandou Correctional Centre (Matatshe), killing two prisoners aged 19 and 20 in the process and leaving another 19-year-old inmate with severe injuries. The fatal incident took place around 08:45 on Thursday morning, 17 January.

“It is alleged that the prison wardens were performing normal duties when they noticed smoke coming from one of the cells and immediately rushed to investigate. By the time they opened the said cell, two prisoners had already burned to death and one had sustained severe burn wounds,” said Mojapelo.

Mojapelo said the injured prisoner was incarcerated for three counts of murder, two counts of rape and a case of house robbery. He was rushed to hospital for medical attention. “The two deceased were arrested for cases ranging from attempted murder, house robbery, robbery aggravating and burglary residence,” said Mojapelo.

Investigations to determine the cause of fire and the motive behind this incident are continuing. 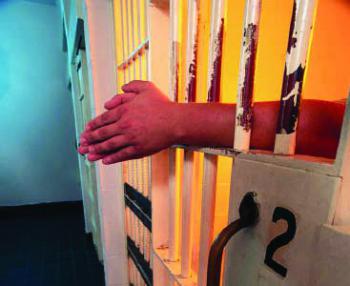