Orphans get food parcels, while waiting for certificate to be issued

The four Macuveze orphans recently received a gesture of help in the form of food parcels from the Tikvha Foundation, in association with TG Training Academy and Security.

This is not the first time that Tikvha Foundation has brought relief from hunger and added value to the four siblings’ lives at Mahatlani, near Masakona village. Over the past three years, they had donated food and clothes to them several times.

Tikvha Foundation's Mr Ashley Mabasa said that the siblings' living conditions were pathetic since they had nowhere to get food. “We are always touched by their case,” he said. “We hope the government will eventually step in and help these children.”

Palmira Macuveze (19), Nkhensani Macuveze (16), Endlani Shilenge (7) and Julius Shilenge (5) have been struggling for more than six years now to get the Department of Home Affairs to issue them with birth certificates. Their struggle started after the death of their father, Mr Louis Macuveze, in 2008, and their mother, Ms Anabela Shilenge, in 2013. The Department of Home Affairs could not issue the birth certificates, since the children’s father had originally come from Mozambique.

“We have got no relatives whom we know in Mozambique,” said Palmira. “This is our only home which we have known – our parents passed on while we all lived in this house."

Four years ago, the Department of Home Affairs said the orphans should discuss the issue with the Department of Social Development, who would investigate the matter and supply supporting documents to assist Home Affairs to issue certificates, if possible. "But that was all done, and nothing has been forthcoming,” Palmira said.

Local Sanco chairperson Sammy Mabasa tried in vain to assist the orphans to get birth certificates. “The social workers who were handling the case failed to assist the children,” he said.

The Department of Social Development's spokesperson, Kanakana Mantshimuli, said that the orphans should contact the office of the social workers at Tiyani for help, or else exhaust the relevant channels in the district. 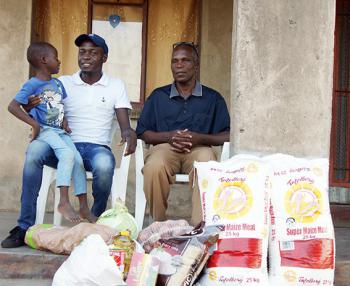