The militant Pro Makhado Task Team executive member Mr Arnold Mulaudzi, who led the people of Vuwani against their inclusion into the new Collins Chabane municipality, says arrest or no arrest, he will not be deterred but will continue fighting for his people.

The outspoken community leader from Vyeboom and his colleagues have been in the forefront of the community’s struggles since 2016. The community of Vuwani, which used to fall under Makhado Municipality, was incorporated at that stage into a new municipality that included areas of Malamulele, later called Collins Chabane Municipality, allegedly against their will.

Just on the eve of the national elections last week, he was arrested and charged under the Electoral Act. He was later released by the Vuwani Magistrate’s Court on R5 000 bail after being kept in Polokwane. He will appear in court again on 3 June.

His arrest became the talk of the area, with many fearing that he might have been kidnapped by faceless people. The police could not immediately confirm his arrest but could only say they had arrested a man.

In an interview after his release, Mulaudzi said the arrest had made him more than determined to continue fighting for the rights of his community. "They will never break me or the leadership collective leading the people of Vuwani. Police are very desperate and are determined to break the people's struggles. I have no doubt that my arrest was politically motivated. They are going back to the old apartheid tactics of suppressing and silencing the popular voices of the people," he said.

According to him, his arrest was nothing more than a weapon to weaken his stand and his determination to continue fighting for the just cause of the people of Vuwani.

He further indicated that now that the elections had come and passed, the leadership would meet this weekend and chart the way forward. They will then meet all other interested structures, like traditional leaders in the area who have an interest in the matter.

Meanwhile, what will happen in the area remains to be seen as the most important bargaining tools, a total shutdown and an election boycott, have failed to force the government to come with a different view and change the borders to where they were before 2016. 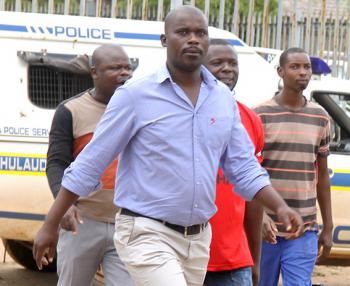