Well-known Limpopo traditional healer Vho Maine Matamba Mamuremi has made startling claims that the gods have visited him and revealed to him they are not happy about Vhavenda women’s using contraceptives.

In an exclusive interview with Limpopo Mirror, Matamba, of Tsianda outside Louis Trichardt, the chairperson of the Vhangona Indigenous Health Practitioners, said Vhavenda women in Vhembe were using contraceptives and doing family planning to such an extent that no more births were taking place in the area, an area inhabited by a nation that is one of the smallest ethnic groups.

He said the gods had told him that for the Venda population to grow, the women must go back to their roots and not take contraceptives. "We are a minority group that has produced many leaders, but our population remains down. This has made the gods very angry, to such an extent that there will be danger for those who do not heed the call. Women are special beings created by God to multiply the nation, but what they are doing now is the direct opposite," he said.

Matamba further indicated that the gods had told him that dire consequences would be the result if the women did not change. "The consequences are here. There is no longer long life and diseases are here to stay, some of them chronic. In the olden days, people used to live up to a thousand years, but now people are dying very young. Please go back to your roots or face the consequences," said Mamuremi. 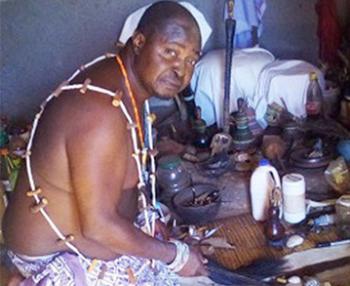