Two alleged crime kingpins in the Thohoyandou area met their death when they tried to break free from the police in what is believed to have been a well-planned escape.

The two, one of whom had survived a deadly shootout with the police years ago at the Malamulele Crossing, were appearing in the Thohoyandou High Court on charges related to several violent cases that occurred around the country.

The incident that left workers at the Thohoyandou High Court in shock happened on Tuesday at around 17:00 while the two prisoners were being escorted from court back to the Thohoyandou Correctional Centre. The violent altercation took place at the back of the High Court’s holding cells.

The scene at the court holding cells resembled a Hollywood movie scene, with blood and bullet holes in the walls of the holding cells. Staff at the High Court, who did not want to be identified, said they heard gunshots, and some had to run for cover, while others hid under their tables as they did not know the origin of the shots.

Within a short while, the scene was full of warders, uniformed police, warders from the correctional centre and High Court staff. Clearing up the scene took hours as different units of the police, among them the Independent Police Investigative Directorate (IPID), combed the scene for clues.

Sources consulted allege that the escape could have been planned some time ago and that the prisoners had just been waiting for the right time to pounce on the police.

One of the deceased was confirmed as being Mulalo Mabaya (41) of Itsani. Mabaya was one of the most feared alleged gangsters in the area and had been linked to countless violent crimes in the Thohoyandou area.

In 2011, he survived a deadly shootout with the police at the Malamulele Excel garage when the police tried to stop a vehicle that they suspected was to be used in a crime. His accomplice at the time, Sipho Shezi Sithole (19) from Umlazi in Durban, was killed during that shootout, while three other accomplices were seriously injured.

Mabaya is alleged to have started his criminal life many years ago and has been in and out of jail until he met his death.

Limpopo police spokesperson Brig Motlafela Mojapelo confirmed the incident, saying the police had opened two inquest cases and a robbery case, “following the killing of two on-trial prisoners in the premises of the Thohoyandou High Court. The two male prisoners, who had just appeared before the same High Court, were being escorted from the court holding cells when they allegedly attacked one of the warders and wrestled for his R5 rifle. During the scuffle, several shots were randomly fired, and, in the process, the two prisoners were shot dead.”

The deceased were facing more than 90 charges, ranging from murder, armed robberies, business robberies to cash-in-transit heists. They were already on trial for these serious crimes.

“Investigations into the circumstances of the shooting have already begun and have been taken over by the IPID,” Mojapelo said. 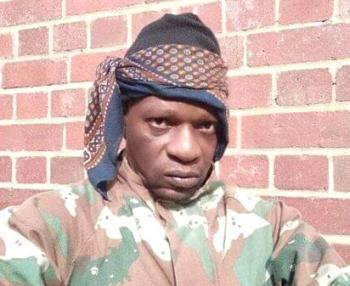 Shot dead. Alleged crime kingpin Mulalo Mabaya, who was killed by the police during an escape bid at the Thohoyandou High Court on Tuesday afternoon.

Flashback ... Mulalo Mabaya receives medical assistance after he was  injured during a shootout with the police at the Malamulele Excel garage in 2011.