Mpho Mabidi, founder of MB Attorneys based in Thohoyandou, won first prize in the Labour Law category of the annual Woza Awards. The awards, which were presented for the first time this year, are aimed at honouring women and their different contributions in the legal profession.

The Limpopo branch of the South African Women Lawyers Association (SAWLA) did exceptionally well, taking top places in four of the six categories that they were nominated in.

The event was held at the Hilton Hotel in Sandton on 03 August and women in law from all over South Africa gathered for this prestigious event.  “The legal field was one of the professions that was very male dominated, and it is extremely fulfilling to be among so many successful women who have achieved so much in law,” said SAWLA Limpopo chairperson and Legal Aid SA Executive Ms Mpho Kgabi.

SAWLA Limpopo were among the winners in the following categories:

* Mpho Mabidi – Winner, Labour Law Category. Mpho is the founder of MB Attorneys based in Thohoyandou and she is the current SAWLA Limpopo Treasurer, and BLA Limpopo Deputy Chairperson.

* Kgoshigadi Moremadi Mothapo – Winner, Leadership and Mentoring in Government. Kgoshigadi was the Chairperson of the Justice Portfolio Committee of Parliament and the Reigning Queen of Bakgaga-ba-Mothapo, an attorney by profession and a SAWLA Limpopo member.

* Petunia Thulane – 1st Runner Up, Alternative Dispute Resolution. Petunia is the founder of Maloka Thulare Attorneys in Polokwane, she is a SAWLA Limpopo member and executive committee member of the Polokwane Attorneys Association. 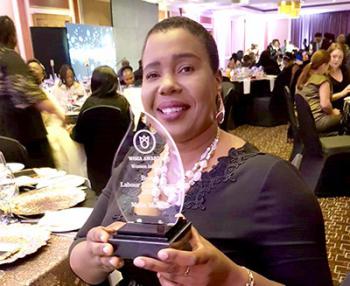