160 years in jail for couple who robbed hitch-hikers

The Musina Regional Court convicted and sentenced Farai Mabosvo (29) and Jane Mukitiri (38) of Zimbabwe to an effective 160-year jail term each on several counts of robbery with aggravating circumstances and assault.

The offences were committed in 2014 and 2015 respectively.

According to the Limpopo regional spokesperson for the National Prosecution Authority, Mashudu Malabi-Dzhangi, Mabosvo and Mukitiri were travelling in a grey sedan when they stopped at Morebeng and offered a lift to two men who were hitchhiking from Polokwane to Musina on 26 November 2014.

“Along the way, the driver diverted off the N1 and took the Ramokgopa road, claiming he was going to pick up another passenger,” Malabi-Dzhangi said. “His companion, who was a passenger at the time, produced a firearm, pointed it at the hitchhikers and demanded their money as well as mobile phones.”

In another incident, which occurred on 28 November 2014, the accused gave two women a lift along the N1 and, a few kilometres before Musina, the driver deviated off the N1 into a secluded place. “The woman (co-accused) produced a firearm while the driver produced a knife,” she said. “They robbed the two victims of their bags, R50 000 cash, clothes and mobile phones. They left them at the scene and drove off.”

The third incident happened on 25 January this year in the Makhado policing area, where four victims accepted a lift from the two accused at around 21:30.

“Along the way to Pretoria, the driver brought the vehicle to a halt, produced a firearm and demanded the victims’ money,” Malabi-Dzhangi said. “During the incident, one of the men grabbed the driver and disarmed him of a firearm, which turned out to be a toy. When the stakes turned against him, the driver left his toy firearm as well as his companion and escaped.”

The companion was arrested, and she took the police to the driver, who was also arrested. Both accused were linked to more than 10 cases with the same modus operandi. During the trial, the accused pleaded not guilty and chose to remain silent.

“They were found guilty as charged,” Malabi-Dzhangi said. “In aggravation, state prosecutor Patricia Jacobs emphasised the seriousness of the offences, as the accused were convicted of 11 counts of robbery with aggravating circumstances. She highlighted that the offences were pre-mediated and carefully planned.”

The Director of Public Prosecutions in Limpopo, Adv Ivy Thenga, commended the good work done by the investigating officer, Sergeant Qhinani Mgabini, and the prosecutor in ensuring that the complainants received justice. 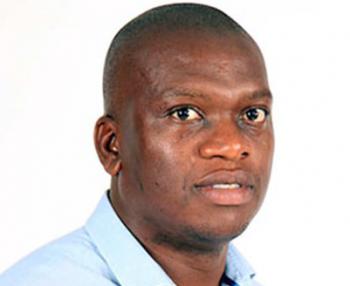 The investigating officer, Sergeant Qhinani Mgabini, was commended for the work that he had done. Photo: SAPS.