The MEC for Sport, Arts and Culture, Ms Thandi Moraka, has encouraged students at the University of Venda to do away with tribalism.

Moraka said students were still looking at each other along tribal lines. "As students, you should love people from other tribes. You need to do away with this tribal mindset. You should also treat your African brothers and sisters well and stop xenophobic attacks," she added.

She was speaking during the language heritage celebration of the international year of indigenous languages at Univen on Tuesday. "We must celebrate who we are as the people of this province and country. We must be able to practice our heritage without any element of looking down on our heritage," Moraka said.

She said languages played a crucial role in people’s daily lives and they were not only the first medium for communication, education and social integration but were also at the heart of each person’s unique identity, cultural history and memory. "The ongoing loss of indigenous languages is particularly devastating, as the complex knowledge and cultures they foster are increasingly being recognized as strategic resources for good governance, peace building, reconciliation, and sustainable development. More importantly, such losses have huge negative impacts on indigenous peoples’ most basic human rights."

She said they would continue to host the Mapungubwe Festival as a way of preserving cultural heritage, to foster social cohesion and to embrace the Mapungubwe heritage site. "We should continue to utilize our indigenous languages in the province as a way of embracing and protecting them from dying. We need to teach our children continuously about our history, culture, heritage and tradition. This is important because the identity of a person start with one’s understanding of one’s own culture, language and tradition."

Mr Amos Mulaudzi from the National Heritage Council said cultural heritage could provide an automatic sense of unity and belonging within a group and allowed people to understand previous generations and the history of where they come from better. "Communities feel disenfranchised from their ethnic and historical origins because of the malaise that develops during tragedy or decline between then and now. Until there is a change of mindset, the elusive social cohesion, nation building, and national identity will remain a pipe dream." 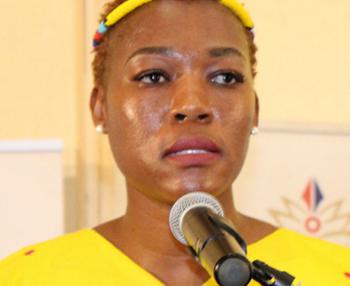