The awards, the brainchild of young businessman Mr Augustine Nethononda, were attended by the mayors of Vhembe and Thulamela as well as many artists and community members. The function was held at the Thohoyandou Town Hall on Saturday evening.

Makhadzi, who won three awards in the same competition last year, was nominated in four categories. The artist, known for songs such as Haka Matorokisi and Tshikwama, took home the awards for Song of the Year and Artist of the Year. The 23-year-old Makhadzi from Ha-Mashamba outside Louis Trichardt has worked with the country's best - the likes of DJ Tira, Sho Madjozi, King Monada and Master KG.

Close on her heels came gospel sensation Takie Ndou, who also won two awards. Veteran musician Elvis Mandiza, who nurtured the career of the late musical legend Dan Tshanda, among others, was honoured with a Lifetime Achievement award.

The late guitarist Mr Daniel Luambo was honoured posthumously while the former Deputy Minister of Environmental Affairs, Ms Rejoice Mabudafhasi, was honoured for her contribution to the development of the arts.

Speaking during the event, Vhembe Executive Mayor Dowelani Nenguda urged all artists to compose music that has a message to educate the nation. He further implored artists to go back to their roots and include traditional instruments in their music.

The vision holder and father of the awards, Mr Augustine Nethononda, was upbeat about how things went. “Without a doubt the TSHIMA brand has now become a flagship on the local calendar of events, by far the highlight since its inception in 2012. We are about providing a platform that rewards and recognises local talent,” Nethononda said.

The winners in the different categories are: 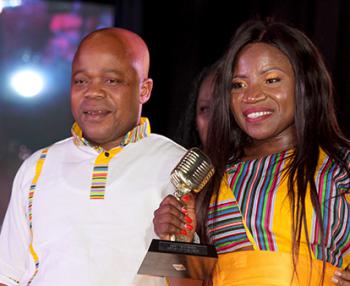