Thousands of people from all corners of the country and the SADC region paid their last respects to well-known pastor Dr Maswole Petrus Ragimana of the Living Gospel World Mission Church Tshilivho at Ha-Makhuvha outside Thohoyandou on Tuesday.

His funeral service, which was attended by church leaders, political and senior traditional leaders, was held in the big church hall and those who could not be accommodated were able to view the funeral proceedings on big screens outside the hall. He was later buried inside the church surroundings.

Dr Ragimana (81) of Sibasa Unit A died peacefully while on holiday with family in a hotel in Cape Town on 2 October after a short illness.

Ragimana was described as a hard worker and visionary leader who always led his congregation in the right direction.

Dr Elijah Maswanganyi said that Ragimana was characterized by humility, while Executive Mayor Nenguda said that Dr Ragimana was the ambassador of the district in the SADC region because of the church branches he had already opened.

When reading the obituary, Mr Khuliso Kharivhe said Dr Ragimana had been born and raised in Ha-Sinthumule outside Makhado. He had accepted the Lord Jesus Christ as personal Saviour and later been baptized in the Faith Mission Church in 1960.

“He qualified as trained pastor in 1972 and later in 1997 resigned in the Faith Mission Church and started the Living Gospel World Mission Church. His church has 65 congregations in South Africa, 35 in Tanzania, 37 in the Democratic Republic of Congo and has grown beyond the borders of the African continent to Asia, where there are 27 churches in India,” Kharivhe said. 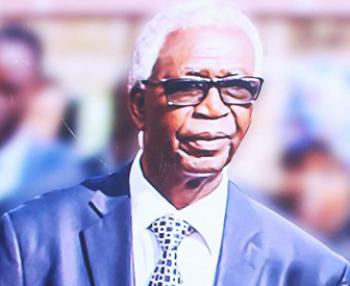