Dr Marivate will be remembered for good deeds

Dr Charles Daniel Marivate, who passed away on 2 December after a short illness, will be remembered for good deeds both in the medical fraternity and in society in general.

The son of the late Rev Daniel Cornel Marivate and the late Bertha N’wa-Jonas Manhengeni, he was born at the Valdezia Mission Station on 11 July 1924.

He attended Valdezia Primary School and St Peter’s High School in Johannesburg in 1946. He then obtained a BA degree in education at the University of Fort Hare in 1950.

“He then enrolled for a Bachelor of Medicine at the University of Natal in 1952 and obtained his degree in 1958,” said his son, Dr Vongani Marivate. “In 1986, he obtained a M Prax Med post-graduate degree in Family Medicine at Medunsa while working as a part-time lecturer.”

He was awarded an honorary doctorate degree by Medunsa in 1993, together with the late Dr Nthato Motlana.

He was a teacher and medical officer. In December 1963, he moved to Garankuwa Township and he was the first medical general practitioner and the only medical service in the region since neither a government hospital nor a clinic existed there at that time.

“This practice also served as an initiation school for dozens of newly qualified doctors who worked as locums,” Dr Vongani Marivate said.

He retired from the practice in 1989 and then moved back home at Mahamu village (Mambedi) near Valdezia, where he established a practice from 1990 until 2013 when he retired permanently from medical practice. “He was a renowned circumcision surgeon who had circumcised hundreds of patients from all over the region,” he said.

Two of his children, Vongani and Tiny Marivate, followed in his footsteps to become medical doctors and they, together with Dr MJH Molamu (wife of Vongani), had established The Wisani Medical Centre, a multidisciplinary, 12-bed private clinic in Garankuwa Zone 1 from 1995.

He was married to the late Winnie Muofhe Machao and they were blessed with five children, Tsakani, Vongani, Tinyiko, Musa and Nkateko. He has 13 grandchildren. He is survived by two brothers, Prof CTD Marivate and Prof M Marivate.

The funeral service started at Mahamu village at 06:00 and proceeded to the Episcopal Presbyterian Church in South Africa in Valdezia. He was laid to rest at Valdezia cemetery on Saturday. 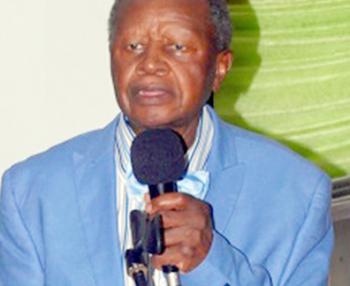 Dr Charles Daniel Marivate was a medical practitioner whose life touched many people.