Makhadzi accuses manager of exploiting her

The queen of Tshivenda wedding songs, Makhadzi, dropped a bombshell when she started uploading a stream of status updates on her Facebook page, demanding her “monies” from her “abusive” manager, Rita Dee, on Monday.

Makhadzi is accusing Rita Dee of Rita Dee Entertainment of exploiting her for years. In January last year, Makhadzi took to Instagram where she wrote that she “was ready to leave everything that belongs to my management company and go” after she allegedly realised that she was being ripped off.

Following the Instagram post of last year, both Rita Dee and Makhadzi appeared on Vhembe FM, claiming that Makhadzi's social media account had been hacked and that all things on their side were in order. However, Makhadzi had on Monday revealed in a live telephonic conversation with fellow artist Prifix that she had been coaxed to “protect her relationship” with her manager by those closest to her and her manager.

However, this time around she is adamant that she has had enough of both financial and emotional abuse from Rita Dee Entertainment.

She wrote: “Ndi tshi zw iposa daledaleni hu pfi ndi sycho... ebooo nne ndi afa nga vhulwadze ha mbilu lini ene muthu o ditakalela. Ngeno nne ndi tshi tea u la tshelede yanga u nga ndi khou tou koloda kha matshonise (When I complain on public platforms about non-payment, I get labelled a psycho. Now I am afraid that I will finally die from a heart attack while the abuser is at peace with herself. I see no reason why I should utilise my money in a way which suggests that I have borrowed it from a loan shark).”

However, she added another status update where she said: “No need to get a new manager; I need [Rita Dee], she needs me [but] she must just change how she manages her things when it comes to finance. They say Facebook doesn't solve problems but sometimes [it] can heal our hearts because now I am in pain and I have no one to talk to. I am just crying alone because [Rita Dee] has switched off her phones [when I called for payments].”

However, Makhadzi's fans didn't take kindly to her diplomatic attitude towards the matter; they wanted to help her “get out of the bondage of abuse”.

Makhadzi is said to have appeared in 48 gigs in December, and her rates per gig normally range from R35 000 to R50 000, figures which suggest that she had earned more than R1,6 million in revenue for the month. Now the struggle is on for her to get her share from the December gigs’ income.

On Tuesday, at 13:02, Makhadzi wrote on her Facebook page: “Hi guys. Thanks for the love and support on #FreeMakhadzi and tweets/Facebook posts etc. I am now legally represented and won’t be doing any media interviews. Hope 2020 is kind to you all.”

Rita Dee was not available for comment. A WhatsApp message that was left on her phone remained unanswered even though she had “seen” it. 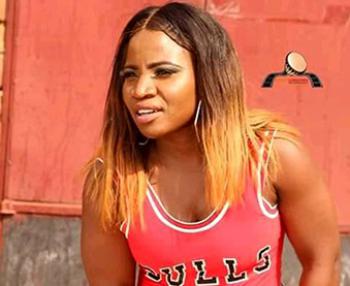