Former soccer star is no more

Diminutive midfield maestro, dribbling wizard, goal creator and goal poacher for the then MTD Copper Stars and Tshipako Black Leopards, Fanie Makhado, fondly known as Teenage in soccer circles in the 80s, died a tragic death at the age of 62. His life ended abruptly when he was hit by a minibus taxi while riding his bicycle at Musina recently.

Family, friends and former teammates of the skilful footballer gathered at the Roman Catholic Church in Musina Nancefield to bid farewell to this rare legendary football maestro. The mood was sombre, and tears of sadness flowed throughout the funeral service as speaker after speaker described how Teenage’s life had touched their hearts on and off the field.

Fanie’s footballing career started at an early age at the small mining compound of Harper Mine when he joined Green Tigers Football club, which was nicknamed “Zwamukale” by its supporters at the time. He played for the team until he was spotted by the mighty MTD Copper Stars, who recruited players from various teams in Musina. Teenager and players like Phillip “Ace” Kabota, Andrew “Drrr” Hlambembela, Simon Ncube, Samuel “Chipa” Ramabulana, Victor “Immigration” Manganye, Martin Kabota, Boy Boy Hlambela were then recruited and became the second crop of players to don the jersey of the famous MTD Copper Stars.

MTD played in the then Zambuk League, which was the second division of the now-defunct National Professional Soccer League (NPSL). In the play-off for promotion to the first division, they beat Pretoria Callies 1-0, with the only goal being scored by Fanie Makhado.

Teenage was part of the MTD team that played friendlies against big guns such as Kaizer Chiefs, drawing 3-all, Orlando Pirates drawing 1-all and Arcadia Pepsi and beating them 1-0. He played against big names such as Lucas “Master Pieces” Moripe, Jan “Malombo” Lichaba, Amos “Heel Extension” Mukhari, Patson “Sparks” Banda, Shuffle Mokopane, Harries “The Brains” Cheou, Harold “Jazzy Queen” Legodi, and Ace Lekganyane, just to mention a few. He also played in the Inter-Mines Football tournaments and International Inter-Mines tournaments.

In 1985, Teenage was recruited to Tshipako Black Leopards by Mr Zacharia Mathelemusa. Here, he played a vital role in the success of the team until 1988. At Leopards, he played with the likes of Ace Mawela, Tshisamphiri Madima, Pele Sithole, Pro Senyosi, Ace Ramabulana, G1 Mbewe, and Lekhade Pele amongst other stars who donned the famous Madidingwe jersey at the time.

His long-time friend and teammate, Ace Kabota, said Teenage was a visionary footballer who was very quick on the ball. “Teenage was a disciplined man who loved entertaining people with his God-given talent on the field of play. He was a humble man full of respect for other people, a man who hated the use of drugs with all his heart,” concluded Ace Kabota.

Fanie “Teenage” Makhado worked at the Old MTD Hospital until the dawn of democracy, when he moved to Musina Hospital. Here he became a dedicated civil servant until he went on pension. He is survived by his wife, three children and four grandchildren. 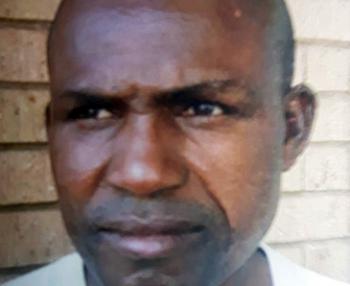