“We aim to build our community as a church”

“The opening of a new church in the community is worth celebrating, and it will be adding value to the very community.”

Those were the words of Pastor Petrus Mamuhohi, a presiding leader of the Destiny Word Apostolic Prophetic Network, when he was planting a new church in Madabani village in the Sinthumule area.

The new church is called Adonai Community of Grace Ministry, under the leadership of Pastor Grace Mawela.

“Planting a church in any community adds value to that community as the church becomes a second home for all people who wish to come,” said Mamuhohi. “Pastor Mawela had undergone spiritual training that lasted for more than ten years, which makes her a well-trained leader who will take good care of the church.”

Pastor Mawela said that the church was a spiritual organism for the protection of the environment and the people. “The church is to lead, raise and empower people of all ages to be the army or soldiers for the Kingdom of God,” she said. “People will be positioned and aligned to the current priorities of God’s purpose.”

She stated that Adonai Community of Grace Ministry was all about holistic development, which entailed spiritual, emotional, and intellectual intelligence, moral regeneration, financial intelligence and entrepreneurship. “We believe the church needs to develop people within the community, and that's exactly what we will be doing,” she said.

Adonai had already held their first crusade on 20 to 25 January. The Destiny Word Apostolic Prophetic Network has so far planted 23 churches. 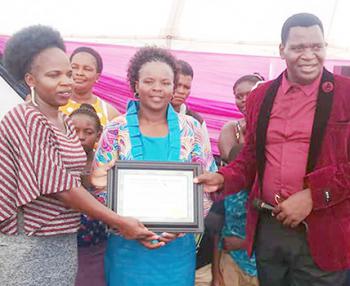